The most haunted Infirmary you’ll ever visit!

Will you be brave enough to investigate the Morgue?

Do you dare follow in the footsteps of Dakota, Chelsea and the rest of the Destination Fear crew? Welcome to Fairfield County Infirmary – where some of the residents of this former poorhouse may still linger, waiting to make contact with you!

With a long history consisting of over 170 years of serving the less fortunate in the community, this formidable brick building may hold more than history in its walls. Some argue that the spirits of residents past still roam the halls. From a ghost named “Willy” who is said to haunt the second and third floors, to an entity of a little girl named “Susie” who may be lonely and looking for a playmate only to vanish into thin air, former employees claim this building is full of paranormal activity. Visitors have reported hearing disembodied voices and slamming doors, smelling lavender perfume, and witnessing objects move seemingly on their own.

Perhaps the spirit of Jane Householder, an elderly woman who was burned to death when her clothing caught on fire from a gas stove, will make herself known and want to share her story with you. Or maybe the former superintendent accused of abusing the residents who worked the fields is still hanging around – believing he is still in charge.

Prior investigations of this facility have proven to be active and hair-raising with reports of uncomfortable and uneasy feelings in the basement, slamming of the cell door on the third floor, a 7-foot dark shadow figure dwelling in the attic, and EVPs have been captured throughout the property. Equipment failure or malfunction and unexplained banging often occurs, rattling even the most experienced ghost hunter.

Join us for a night of exploration and investigation of the Fairfield County Infirmary – as well as the cemetery full of unmarked graves situated behind the building. Do you dare? Are you ready to engage in a lone vigil in the basement where the makeshift morgue held bodies of those who died during the winters? Or in the jail-like area used to contain “problem” residents with the barred door closing you in? What about Room 322 – notorious for its reports of sightings of apparitions and physical interactions between entities and the living who have the courage to visit? There’s only one way to find out if you have what it takes…

The property on which the current imposing brick structure consisting of 35,000 feet sits served the Fairfield County community for over 170 years. In 1828, township officers charged with overseeing the poor and unfortunate contracted the construction of a wooden building just north of Lancaster, Ohio. It was soon filled to capacity, acting as a place where the destitute, mentally ill, physically disabled, elderly, and orphaned could receive food, clothing, shelter and medical care. By 1840, the originally wood structure was replaced by a large brick building. Additions were made to the facility in 1865, both to the main building as well as constructing a number of outbuildings used for storage, tenants, laundry and farming. The working farm was located across the street and many residents worked the land to provide food for themselves and others housed at the infirmary. In 1917, natural gas lines were run to the building to provide heat and lighting. Water pipes were laid in 1926, but electricity was not installed until 1958.  A cemetery which stands behind the building is where paupers and residents without family to claim their bodies lie – and many of the graves are unmarked.

According to records, the number of individuals residing at the poorhouse in 1903 was 82, and they were “admitted” for several different reasons, including mental and physical health conditions that could not be managed by family members. There were many residents who spent most of their lives at the infirmary and who died there as well. While some died from old age or their medical conditions, a few met their fate a bit more suddenly and tragically. One such story involves Jane Householder, a 73-year-old resident whose clothing caught on fire when she opened a gas stove. While attendants working at the infirmary were able to smother the fire, Ms. Householder survived her burns for only a few hours.

Stories persist that a former superintendent was particularly cruel to the residents of the poorhouse, reportedly beating them as they worked in the fields of the farm. These punishments were witnessed by others in the community and reported, according to an article published in 1851 in the Lancaster Gazette. The good Samaritans of the area effectively brought an end to the superintendent’s brutality, and the life of those residing at the poorhouse improved once the abuse ceased.

In fact, it is said that county officials would occasionally visit and enjoy a meal with residents of the infirmary. Members of the community would donate Christmas gifts, local musicians would play for the elderly, and ice cream socials were held – all to help improve the lives of those housed there. Still, stories of suicide and violence persist, as life at the poorhouse was difficult – too many people with a variety of problems all living under one roof often proves to be disastrous.

The infirmary remained in operation until May 1985, when the final sixteen residents were moved to local nursing facilities or foster homes. The facility was remodeled in 1986 and the county offices were moved there after safety measures were taken, including the installation of fire alarms, sprinklers and emergency lighting. It was then renamed the Clarence E. Miller Building after the former congressman, and the county health department continued to operate in the building until 2013, even though the structure was in complete disrepair by 2011. The building remains vacant today, welcoming only those brave enough to step through the doors and see if there may, in fact, still be some former residents still lingering there…

Your ghost hunt at Fairfield County Infirmary includes the following: 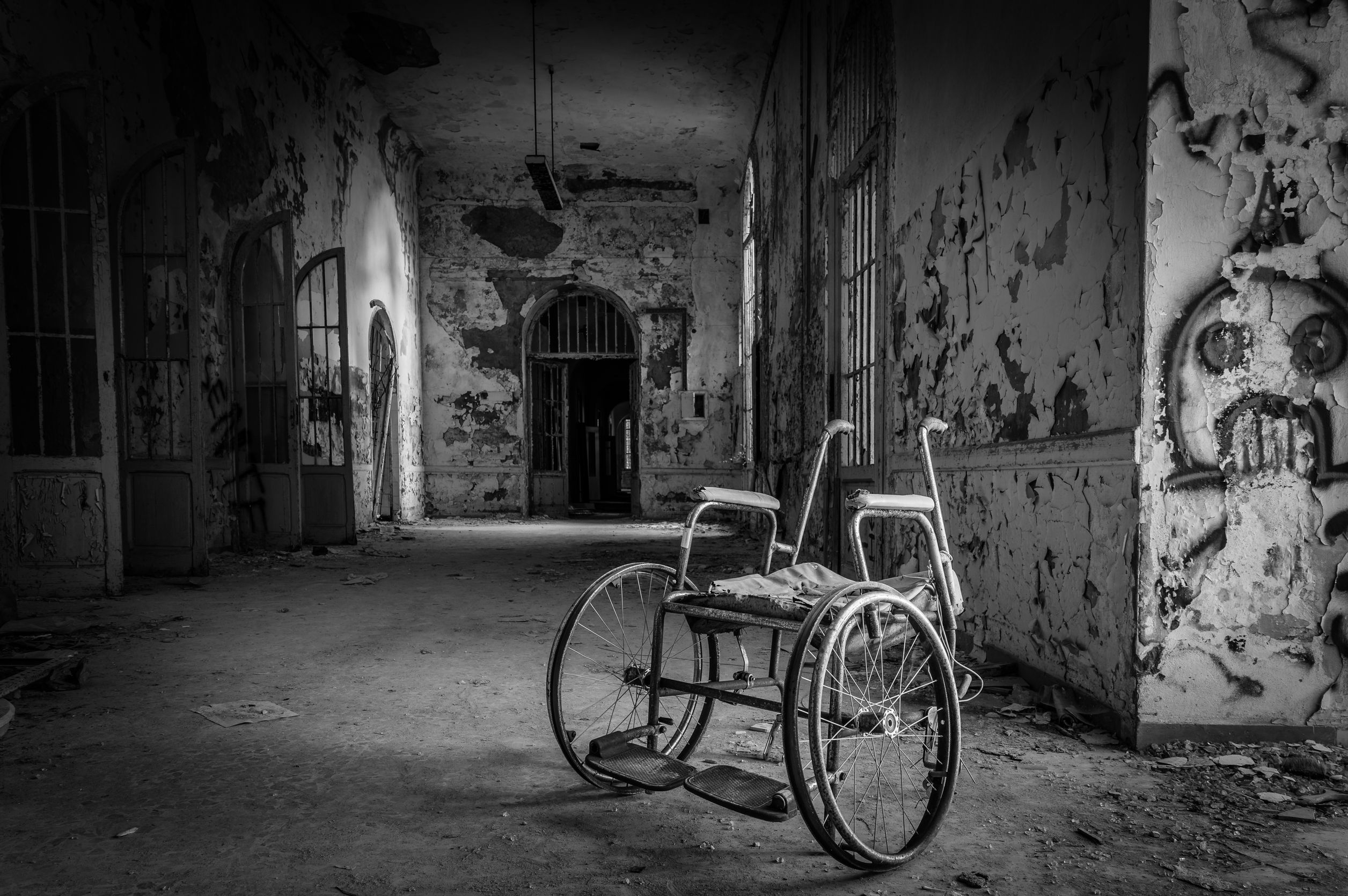